Back in the late eighties Nintendo was the big gaming system and with it came one of my two favorite games:  “Punch Out!” I was very young when I played it, so I only ever made it to Sandman once or twice. Normally, I would lose when fighting Great Tiger. Oh, Great Tiger, how you were a bane in my childhood existence with your special move that made you dizzy; and, oh!, how you were such a barrier to the opponents in line after you who rarely got the chance if ever, to fit my low bit quality avatar known as Little Mac.

Regardless….this NES game was awesome and I spent much time thinking about the characters and creating a back story for them─like I did with most any video game. And, recently, I started to make imaginative connections between  faith and NES games, like Contra and Super Mario.

Now, I don’t know how well this eighties reference will work, but I want to try, nevertheless.

For the Love of the Game

I recently saw something in Punch Out that could, possibly….hopefully….maybe─that could be used to help teach about God. Now….I will try and tell this idea pretty straight forward and structured and not resort to my normal mode of free association writing. I mean, I love writing and I usually get really excited as the words grace the screen and my fat fingers move with ghost like movements over the keyboard, bringing the soothing tick tick tick sound of the keys being pressed.

In the past, my childhood was midi sound of the video game soundtrack pushing me forward as I tried everything to beat the game. Little did I know that I was only a few opponents away from Mike Tyson (or later, Mr. Dream), but I still imagined ten to twenty more opponents. The few times I made it to Soda Popinski or Sandman were great moments in my childhood full of serious game play; but, ultimately, many failures.

Day in and day out, sitting on that shag carpet with the bowling alley colors over the furniture and walls. Oh, it was comforting. Oh, the eighties…before the Internet and smartphones and distractions. 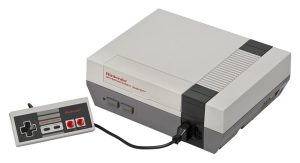 My older brother’s friends had told me the patterns to watch out for and the tricks to beating some of the opponents. I mean, I grew up in a country town in the eighties, so getting on the Internet was out of the question. But, through the help of others I learned about Piston Honda’s tell. He blinked his eyes before he punched. And, Great Tiger’s jeweled turban flashed before he punched. My classmates taught me that King Hippo needed to be hit in the mouth and then in the stomach over and over again. Von Kaiser’s gloves circled each other before he swung and all of the fighters followed a pattern in the strikes, which a third grader as myself didn’t really catch on to. Oh, and there was Don Flamanco. When he swung right after coming out of his corner, a left right left right to the face would knock him down.

There were secrets and patterns to every opponent and skills to use to defeat them, and the same applies for defeating opposition and Satan in this current, corrupt world. We are but individuals, weak and small like Little Mac, facing immense struggles, but through the help of friends, family, and acquaintances, we can get help and learn how to triumph. Through practice, we can get better. And, by noticing patterns, we can be better equipped to face the struggles of this world and face out doubts.

The Scriptures and the Prophets give us the skills to defeat evil and tell us what to watch out for:  The tells and patterns of the boxers in Punch Out! If you keep pushing A B A B when fighting Don Flamanco, he will fall. It’s something I learned early and it paid off, just as I learned that consistent, honest prayer is important.

God still takes an active role and interest in our daily lives. This is why we keep receiving guidance, revelation, and inspiration.  These are like the secrets and skills we can use to defeat certain opponents in Punch Out.

We keep reading the Scriptures and praying and being good examples to people.  We are sometimes defeated but we continue the game, constantly getting better and better until we defeat Mike Tyson/Mr. Dream.

I could go on and on with the comparison, but the more I write, the more I realize that I should update my gaming knowledge so as to appeal better to the current gaming trends. Maybe something with Halo or Call of Duty or League of Legend…

The Digital Age of Missionary Work

Why are We here?

Alma in the Wilderness

Cults and the Occult

The Baptist Version of The Book of Mormon Part 7: Repentance

Thank you for the sensible critique. Me and my neighbor were just preparing to do some research on this.

We got a book from our area library but I think I learned more from this post. I am very glad to see such excellent info being shared freely out there.

Can you tell us more about this? I’d like to find out some additional information.

Absolutely, just email us: info@cjccf.org with any questions you might have.