“His word was made known to the Prophets, and his sacraments were established in Israel.” -Book of the Law of the Lord 2:20

In the Latter Day Saint movement, the terms “Zion” and “Israel” come up a lot. Sometimes they are even used interchangeably. But what do these words mean? And what do they have to do with us, today? 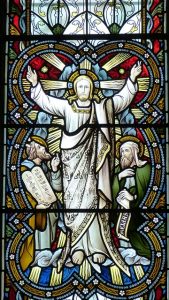 In the Old Testament, Jacob, son of Issac, is given a new title, Israel, after wrestling with an angel (Genesis 32:28). The ancient people of God and modern state of Israel took their names from this title given to Jacob. But commentators differ on the interpretation its meaning. The Hebrew name יִשְׂרָאֵל (Yisra’el) is said to mean “God contends,” or “God judges.” This is from the roots שָׂרָה (sarah), “to contend, to fight,” and אֵל (‘el), “God”.  In the Second Temple period of Judaism the name was understood to mean “a man seeing God.” This idea comes from the ʾyš (man) rʾh (to see) ʾel (God).

In Kabbalah, yet another meaning is added to the title Israel: “Straight to the Creator.”

“One who wishes to go by the path of the Creator is called Yashar-El, which is considered Yashar [straight] LaEl [to God], meaning that he wants everything he does to rise straight to the Creator, and does not wish to have any other aim.” -Baruch Shalom HaLevi Ashlag (The Rabash); He who Hardens His Heart, Article No. 20, Tav-Shin-Mem-Hey, 1984-85

This makes more sense when looking at Israel both as Jacob’s new title, and as the name of God’s people. Jacob was unrelenting, wrestling the angel until morning, his path was straight. Yes, God will judge His people, God will judge all. This doesn’t really set God’s people apart from anyone. What sets us apart is that we are on the path of teshuvah, “straight to the Creator.”

A State of Mind and Heart 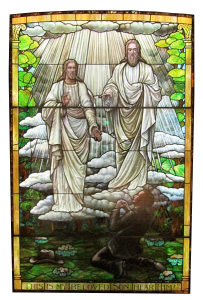 “The word YsarmEl (Israel) is the letters of Li Rosh (the head (mind) is mine). This means that he believes he has a mind of Kedusha (Sanctity) although he is only discerned as “just,” meaning that he is in a state of diminution and lowness.” -Baal HaSulam, Shamati [I Heard], 143, Only Good to Israel

To be God’s people is more than merely joining a church, denomination, or group of people. We must do more than merely be baptized, confirmed by the laying on of hands, or following a set of rules. We must humble ourselves and be brought low to be taken upon high as joint heirs with Christ  (Romans 8:17, Isaiah 2:17, Matthew 23:12). We must follow Christ, and he descended below them all (Ecclesiastics 24:45, Ephesians 4:9-10). This requires more than being a mere follower of others, but one born again with a broken heart and a contrite spirit. Then, as one⁠—as Israel⁠—we will be Zion.

In a revelation received on November 30, 2019*, we are told that to be Israel is to be on the path Straight to God, to seek God’s face and taste of the fruit of the Tree of Life and not look away from either. To love God and our neighbors, to care for the Earth and her creatures. And, we are told that if we do these things we will not just be Israel, we will be good and faithful servants. We were further commanded then not to quarrel with one another, but to be one. And isn’t this Zion, to be one?

“And I looked, and, lo, a Lamb stood on the mount Zion, and with him an hundred forty and four thousand, having his Father’s name written in their foreheads.” -Revelation 14:1 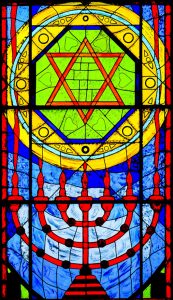 What then is Zion? Zion is צִיּוֹן Tsiyyon in Hebrew, the term often used as a synonym for Jerusalem. Jerusalem meaning “the place of peace.” Some say that Zion comes from the Hebrew root ṣiyyôn or “castle.” It is a feminine term, which makes sense as we are the bride, Christ the groom. For both the Rastafarians and the Latter Day Saints, we see Zion as a Utopian society of the righteous. It is a people or place of unity, peace and freedom—the exact opposite of “Babylon.” The worldly Babylon representing the oppressing and exploiting forces of materialism, the world of pride and Ego; a place of evil.

In Mormon Kabbalah, Zion refers to the spiritual point from which reality emerges. It is the Holy of Holies of the Temple of God. We seek the unification of “Zion” (here meaning Glory or Foundation) and “Jerusalem” (here referring to Kingship). We wish to bring Heaven to the earth. Zion then is born from within us and used to repair and transform the world. We can only become Zion by displaying the Pure Love of Christ, meeting everyone where they are and loving them as God does. And in this we become one, we become Israel: those on the straight path to God.

*This paragraph was added to the article after the November 30, 2019 revelation was received.

Tishrei: a Month of Holy Days