“We believe in God, the Eternal Father and Eternal Mother, and in the Son, Jesus Christ, and in the Holy Ghost.” -First Article of Faith

Whether one is a trinitarian or polytheistic, God is explained to us through the idea of multiple deity. In the Torah God is “Elohim,” Hebrew for “Gods.” With over 100 different Latter Day Saint/Mormon denominations, there are widely differing views of the nature of God. These range from the monotheism or the Trinitarian views given us by the Catholics, to ideas many find rather bizarre like the Adam-God theory. Here we will attempt a brief explanation of the Mormon Kabbalistic ideas of God by going over the variety and evolution of the Restored Gospel’s views on deity. There have been a number of changes in the nature of God in the original Church of Jesus Christ of Latter Day Saints from 1830-1844, and even more due to the wide range of denominations that now exist and have existed in the movement.

The reader should note that these titles may refer to the idea of one God acting as multiple deity, as the finite nature of man cannot understand the true nature of God. Mormon Kabbalah allows every individual to refer to God as they understand him or them. This is because regardless of any particular views on deity, the Mormon Kabbalist understands these ideas of God as Sephirot, or windows that shine God’s light upon us.

“Father and Son and Holy Ghost is one God Infinite and eternal without end; Amen.” -Doctrines of the Saints 2a:27

Before the Church of Christ was organized, until the move to Kirtland Ohio in the early 1830’s and the printing of the first Doctrine and Covenants in 1835, the Church of Christ taught Trinitarianism openly. The trinity is a concept easy to explain, but hard to understand. The general teaching is that the Father is the Son is the Holy Spirit, but at the same time the Father is not the Son is not the Holy Spirit. How this works is a mystery that humans, by our finite nature, cannot understand. This view was first accepted by the Catholics, and passed on to Protestant Christians. Most of the world’s Christians still hold this popular view today.

“He, being full of the Holy Ghost, looked up steadfastly into heaven, and saw the glory of God, and Jesus standing on the right hand of God” –Acts 7: 55 KJV

In 1835, the Church of God, formerly the Church of the Latter Day Saints, formerly the Church of Christ, accepted into canon the Doctrine and Covenants. The “Doctrine” portion of this book of scripture is now known as the Lectures on Faith. Here, the movement was changed to reflect Joseph Smith’s understanding of his First Vision. There, filled by the Holy Spirit, he saw God the Father and Son surrounded by angels.

This new view fit into the young movement’s views of the New Testament, or at least Joseph Smith Jr.’s and Sidney Rigdon’s view of it at the time.

“There are two personages who constitute the great, matchless, governing and supreme power over all things… They are the Father and the Son: The Father being a personage of spirit, glory and power: possessing all perfection and fullness: The Son, who was in the bosom of the Father, a personage of tabernacle, made, or fashioned like unto man…” -Lectures on Faith 7

Together, according to this scripture, God the Father and Son are of one mind, and the mind or unity of these two is the Holy Ghost.

“[Jesus,] Possessing the same mind with the Father, which mind is the Holy Spirit, that bears record of the Father and the Son… And these three constitute the Godhead, and are one.” -Lectures on Faith 7

In this way, they are all one God. To the trinitarian, this can easily appear to be a convoluted attempt to explain trinitarianism. However, to others it makes it clear there are two Gods, God the Father, a spirit, and God the Son, with a physical body.

This is the view of Latter Day Saint denominations such as the Church of Jesus Christ (Bickertonite/Rigdonite).

A few years before Joseph Smith Jr.’s death in 1844, the Mormon concept of God evolved again. Officially, God the Father, God the Son, and God the Spirit were now at least three Personages; the Father and Son with physical bodies, and the Holy Ghost as a Spirit. With the introduction of the endowment ceremony by Joseph Smith Jr. in 1842, the name “Elohim” began to be used to refer to God the Father and God the Mother while Jehovah was used to refer to the pre-mortal Jesus Christ.

From others we learn that Joseph Smith Jr.  taught that God the Father was married. The “Queen of Heaven,” mentioned in the Bible and Hymns of the original church, is the wife, the Divine Feminine, or as she is known in Kabbalah: Shekinah. She is also a Goddess in Her own right with a perfect body of flesh and bone. These secret teachings are still whispered by members of the Brighamite Latter-day Saint branch of Mormonism. They have been officially promoted, denied, or in question throughout it’s history, depending on the leaders at every level at various times. Some of these teachings are official doctrines in a variety of Latter-day Saint offshoots.

“And Elohim said, Let us make man in our image, after our likeness: and let them have dominion over the fish of the sea, and over the fowl of the air, and over the cattle, and over all the earth, and over every creeping thing that creepeth upon the earth. So Elohim created mankind in his own image, in the image of Elohim were they created; male and female.” – Moses (Genesis 1: 26-27)

Though we pray through Jesus Christ, it is to our Heavenly Father, or Elohim, we have been taught to pray. Elohim is a plural term as it refers to Avinu, God the Father, and his wife known as Shekinah in the Talmud and the Zohar, Asherah by some Latter-day Saints, and titled “the Queen of Heaven” in the Bible and in Latter Day Saint hymns. In Mormon Kabbalah, we refer to our Heavenly Father and Avinu (Hebrew for “Father”) and our Heavenly Mother as Shekinah.

Joseph Smith reportedly did see our Heavenly Mother in vision.

“One day the Prophet Joseph asked [Zebedee Coltrin] and Sidney Rigdon to accompany him into the woods to pray. When they had reached a secluded spot, Joseph laid down on his back and stretched out his arms. He told the brethren to lie one on each arm, and then shut their eyes. After they had prayed he told them to open their eyes. They did so and saw a brilliant light surrounding a pedestal which seemed to rest on the earth. They closed their eyes and again prayed. They then saw, on opening them, the Father seated upon a throne; they prayed again and on looking saw the Mother also; after praying and looking the fourth time they saw the Savior added to the group.” -Abraham H. Cannon (Doctrines and Theologies, pg. 223)

There are not any known Latter Day Saint denominations that worship Heavenly Mother out right (see Jeremiah 7:18). Both are Gods and they are literally be the Father and Mother as the creators of our spirits. As Elohim they are be the one God identified as God the Father in scriptures, as they are one in purpose and sealed by the Holy Priesthood to be one from all eternity to all eternity. Together, they are be one with the Son in purpose.

Those that do worship Elohim do so in spirit when we worship Jesus Christ. This is done through our communication with the Holy Ghost. Those that worship Elohim do so in truth when we worship Jesus Christ as they understand these are real; true physical beings that exists in both time and space, omniscient and omnipotent. Those Latter Day Saints/Mormons that believe this idea of the nature of God understand that just as all of the Scriptures are a testament of Christ, Christ testifies of Elohim.

In addition, Elohim can also, at times, refer to the Father and Mother, the Son, and the Holy Spirit (the entire Godhead) acting as one. For this, and other reasons, trinitarians see all of these are the same, single being.

“And we talk of Christ, we rejoice in Christ, we preach of Christ, we prophesy of Christ, and we write according to our prophecies, that our children may know to what source they may look for a remission of their sins.” – Nephi (2 Nephi 11:48 RAV, 25: 26 OPV) 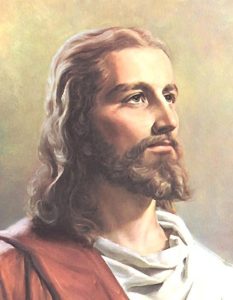 It is Christ that we worship. This is Christ’s Fellowship, and as Latter Day Saints and Mormon Kabbalists we are Christians, and thus worship the Father in the name of Jesus. Jesus Christ is the Son of God, the Redeemer of mankind. He is the Word made flesh, and the proof of God’s love for us. He is the Comforter, the Great Example, and the Savior of those that follow Him. We fellowship in his name, and we are his saints. If we are Born Again, we are saved by his Grace through his atonement. He pleaded for us in Calvary, died on the Cross for us, and rose on the third day that we too might be resurrected.

“Know ye not that your body is the temple of the Holy Ghost which is in you, which ye have of God, and ye are not your own?” – Paul (1 Corinthians 6: 19 KJV) 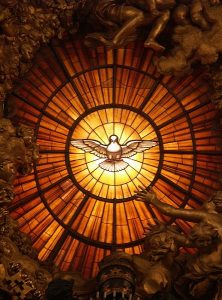 As this brief overview shows, there are many views of deity within the Latter Day Saint/Mormon movement. There are far more theologies than these within our moment. This overview is merely a starting point. In the Fellowship, we do not promote one view over another. We all must come to our own views of God, as we understand Him, or Them, through the Holy Spirit and Christ’s grace. God meets us where we are, and reveals Himself in a way we can understand and relate to. As we grow closer to God, this understanding may evolve, just as we saw with the original church. As we grow in Grace we will better understand the divine nature of our Creator(s).

Learn more information on the Godhead and the Sephirot here.

”That they should seek the Lord, if haply they might feel after him, and find him, though he be not far from every one of us: for in him we live, and move, and have our being.” -Acts 17:27-28a

Less than the Dust of the Earth

The Baptist Version of The Book of Mormon Part 7: Repentance

People Say I Should Obey God – How?