Following my encounter with the Heavenly Mother, on May 9, 2019 I have been asked to share more information about her message that will provide a greater understanding of why she would step forward at this time to bring us this teaching. The Divine Feminine or Heavenly Mother’s role has been buried for millennia. Not just from opposition of patriarchal mindset that has pervaded this planet for eons of time. There are many factors influencing our society about the role of women, as well as the hatred of the Divine Mother that will be a topic of its own. I’ll put that on the list for another time.

With the raising awareness, there has been much written about the chakras and the reason and purpose for being in our bodies. There is a lot of good and accurate information as well as a lot of teaching on the subject of the chakra system that misses the mark. In this article I will begin to clarify and bring into your awareness a better understanding of this topic. 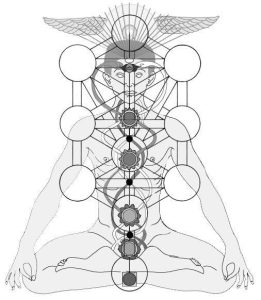 On the surface, there appears to be a lack of scriptural back up for much of what I will be presenting here. However, to the keen eye following the Holy Spirit as their guide, there are a number of symbolic references that can be found if one understands the symbols and patterns that show up in our canon of scriptures.  It has been discovered that there is a lot more given about the chakras that can be found in eastern philosophies. And, as all religions over time, precious parts become lost or perverted.  Due to the apparent lack of scriptural support, much of the information has been discarded, by Christianity in particular, as irrelevant.

It is also interesting that as Elder David Ferriman and I began sharing together the connection of the Kabbalah and the Ascended Master Teachings, together we found a lot of connection and similarities between the two. They compliment each other. The more we shared together we discovered that one added to the other and brought greater understanding. 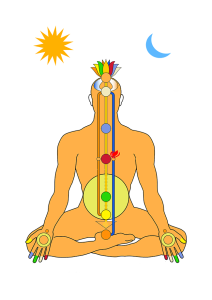 “Chakra” is a word from the Tibetan language. It means “wheels.” To one who has the ability to see the inner planes of the physical, that make up our bodies, that is how they appear. There are references to these wheels in the scriptures. Another word to describe them is as lamps, like the lamps and the 10 virgins. Or in Revelations, the 7 lamps before the Throne of God.

The meanings of these symbols found in the scriptures are lost in the hoary past. These symbols were “resurrected” by Madam HP Blavatsky in her major work “The Secret Doctrine” in the late 19th century. It was one of Einstein’s favorite books and had a prominent place in plain view on his desk.The amazing story of how this book came to be is in her biography.

As the information about the Chakra system began to surface in the West after WWII,  more interest was given to this seemingly unknown and mysterious, definitely unseen thing referred to as the chakras. As we don’t have the technology to detect these unseen organs, they have been generally discounted as something noteworthy, therefore, ignored in the western culture. Today however, thanks in part to the interest in Yoga and meditation practices from the eastern cultures, the chakras have gained much more attention in the West. 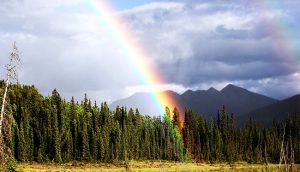 So let’s begin by looking at what we have observed in the images we see and are easy to find on the internet, and you’ll see all sorts of designs and colors. The first point is the colors that make up the chakras are related to the colors that make up the system of Worlds that we live in. The seven Rays represent those colors and they can be described as the colors of the rainbow. Not necessarily the colors that we observe that the physical eyes, for the colors in their pure essence are not exactly as they appear. For instance, when referring to chakra there is no red. There is Ruby. There is no orange. Orange is a combination of color that we see, but in the pure essence the colors are golden. Golden is a made-up of Ruby and yellow, the intensities are the gradations of the colors.

The other thing to observe in the images that are found all over the internet are the colors that are attached to the specific chakras. These are also  incorrect, the order in as they appear most images of the physical body. 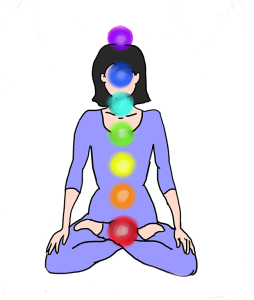 Let’s look at where the colors came from that represent the chakras. I mentioned earlier in this article that the chakra colors shown in the example were based on the seven colors that make up this system of worlds. Those colors are called the “Rays.” They can be found in the scriptures described as the 7 fires of the Holy Spirit that is one of the references to the seven rays in the Holy Bible. While there’s not much said about them specifically, the number 7 shows up throughout the scriptures numerous times. This is because the system of Worlds is built on the number 7, therefore it is logical that the physical body would also hold the same numbers in their form. Just as the number seven is a frequency so are the colors the Rays represent. This can be compared to how frequency has been determined by science, manifesting different wavelengths.

Not only do the chakra represent frequency, the frequency also holds spiritual qualities and specific attributes of God in them. Therefore, as we go through this in more detail, you will have a better understanding of what these colors represent and how they work in the physical form.

What has not been understood about the chakras, until most recently, is their operation within the body and the purpose for being there. When we go through the qualities of each one individually, it will help you understand to a greater degree the purpose of the chakras in the system.

8 Threads of the Garments of the Priesthood

Soul Mates: the Question of Eternities