“Therefore shall a man leave his father and his mother, and shall cleave unto his wife: and they shall be one flesh.” –Genesis 2:24

Recently I have had a number of questions regarding fornication, adultery, and plural marriage. Some were those looking to enter plural marriage asking “how.” Some were confused as to how they could love and accept those in a different relationship type than there own. Others wanted to know how marriages in past lives effect us in this one. Based on these conversations, I saw a need to help those still struggling with the many different types of relationships in God’s kingdom.

Before we can get into looking at these questions we must first understand the Law. The word translated from Hebrew to English as “adultery” is naaph (נָאַף). Biblically speaking, this term is defined at sexual intercourse between a married woman and a man other than her husband, and is also used figuratively to describe those that set YHVH aside for idol worshipping. Setting aside the figurative definition for the moment, we see that both the man and the woman in this instance would be adulterers.

It should be understood that the Bible does not prohibit sex between a married man and an unmarried woman, between two people of the same gender, or between unmarried persons. There is a list of people that cannot marry one another to avoid incest and pedophilia, but between humans this is about it.

That said, this doesn’t make every type of Lawful act “right” or “good” or “acceptable.” I state this merely to point out the Law. For further enlightenment we must look at fornication.

Fornication comes from the Greek porneia, and has been used to describe illicit sexual intercourse, including adultery, and idol worship—metaphorically, as noted in the definition of naaph/adultery above. “Illicit” in the Bible would include marrying one’s relative. Because “illicit” can change meaning based on cultural context, so too does fornication. To truly understand this in God’s eyes, let’s use the metaphorical definition to understand the Biblical one.

“Then shall the kingdom of heaven be likened unto ten virgins, which took their lamps, and went forth to meet the bridegroom.” -Matthew 25:1 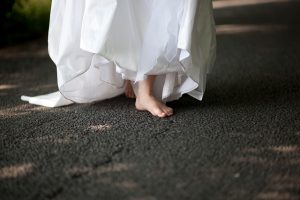 To understand God’s view of fornication, we must understand the relationship between God and the Church. In the Scriptures, God is the Groom. The Church (all of us) is/are the Bride. The Whore of the earth (Lilith) is anything that takes us away from God. This is why God likens idol worship and sin to adultery. Understanding this helps us understand Matthew 5:8:

“But I say unto you, That whosoever looketh on a woman to lust after her hath committed adultery with her already in his heart.”

Based on this scripture, we can see that when God warns us about putting away our husbands or wives for other men or women this isn’t just sex. It’s also emotional, financial, and any other way that we might put our spouses aside for someone else. We are with our eyes, minds, and hearts “looking on” someone other than our spouses “to lust after.” Based on this understanding, while it’s technically not a sin to have sex with another woman that is unmarried, even putting another woman’s (or man’s for that matter) emotional needs before our spouses is fornication, and thus grounds for divorce (Mark 10:11-12).

To be clear, polygamy should never be used to “put their spouse away” in the same manner as the Nephites. In the Book of Mormon, Jacob states that the Nephites were entering plural marriage to ignore the mothers of their children for younger women (Jacob 2:31-41 RAV, 2:23-32 OPV). This is just as wicked as the modern act of leaving one’s wife for the young office secretary. Adding to the marriage becomes a sin when used to excuse sin and lust. And, it should be clear that this goes both ways, and should be viewed the same for those in same-sex relationships.

“Behold, if a man taketh unto himself a wife, so too doth a woman take the man as a husband unto her; yea and these are one flesh to grow together in my Grace.” -Revelations of David 10:4

Those looking to add to their families, to their marriages, must do so within the Law, and in a way that keeps them true to their covenants. Never forget that our marital covenants are not merely with one another, they are with God. Breaking our marital covenants breaks a covenant with the Lord. All current covenants must be kept, regardless of one’s beliefs in anything regarding past lives, soul mates, or any other romantic views of love and “magic.”

Keeping these covenants isn’t merely not having sex with other people. This is just too simple a view of things. The feelings we have for others may not interfere or supersede with the covenants we have with our spouses. Period. Adultery and fornication are sins of Ego and selfishness, they break trust and may not always be sexual in nature. Placing anyone else above one’s spouse is used to equate us abandoning God for sin in the scriptures, this should tell us something.

When One Becomes More

“And if these two, as one, decide as one to bring another into their hearts, they too shall become one; yea, the man and woman are one, and as they add another unto these, all art one in the sealing covenant, and therefor one in me.” -Revelations of David 10:5-6 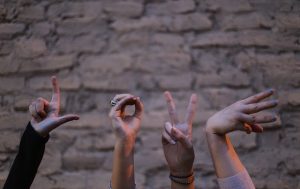 If we feel called to add someone to our marriages, it should be done as one. This means the covenant people together decide who/whom and how this would/should be done. We must ensure that all decisions are made as one with everyone in the covenant. These will follow the Spirit together as one with each other and with God.

If those in a married relationship are moved by the Spirit to invite another or others into their marriage, it is recommended they renew their covenants. They should ensure that their new covenant matches the intent and direction God is moving their family into that all may be one. It is also recommended that they have clear guidelines based on trust, honesty, and communication. And, it is strongly advised that they never complain about a spouse to anyone but that spouse. Especially not an additional spouse or someone they are dating, a potential future member of their family unit.

“And these things I tell thee that thou shalt know that man had more wives than one from the beginning.” -Book of Remembrance 5:42a

Married life isn’t easy. That’s with two people and God. Adding the potential for additional spouses compounds the potential for complications. And, actually adding people to the marriage adds even more to that list of complications. Though some are naturally inclined or moved by the Spirit to add to their family by adding a spouse or spouses, this doesn’t mean it has to happen. Some people may identify as polygamous yet never act on it, just as some people remain single for their lives. And that’s okay.

To help keep things simple, don’t rush into anything. Stay true to the Covenant and the Law. Always love and respect all those in your circle of relationships where they are. Never put anyone, other than God, before anyone else. There may be a hierarchy of needs within a family unit, but there should never be a hierarchy of people ruling over “lessers” in the relationship dynamic. To be one, all must be one.

“Neither pray I for these alone, but for them also which shall believe on me through their word; that they all may be one; as thou, Father, art in me, and I in thee, that they also may be one in us: that the world may believe that thou hast sent me.” -John 17:20-21

The Fellowship’s version of CJCLdS DaC 132

The New and Everlasting Covenant

Revelations of David 9: Questions on Marriage

Revelations of David 10: Given in Marriage

Revelations of David 13: The Law of Sarah

Polygamy and the Saints

7 Names of God from the Torah

Not to Condemn the World

The New and Everlasting Covenant

A Contrite and Humble Spirit