The following revelations of Havah Pratt were voted on and sustained as canon for use in the Church of Jesus Christ in Christian Fellowship by the Assembly of Saints April 6, 2020. This collection of revelations was also included in the Second Book of Mormon, as compiled by Alexei Christopher Mattanovich. 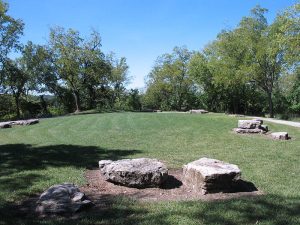 The testimony from Havah’s friend Louise:

Havah Pratt was a descendant of Addison Pratt, relative of Orson and Parley P. Pratt. She  was born of the Spirit as a young wife and mother, and that opened her up to a deep relationship with Jesus Christ. She had a spiritual gift of knowledge and understanding the scriptures. She was a great teacher of spiritual truth that loved the scriptures Joseph Smith Jr. brought into the world. While living on a ranch outside Mesquite Nevada, she experienced great spiritual contradictions between what she knew and what she was allowed to say. She called this “dark night of the soul.” During this time she would seek solace by the Virgin River, and there she would hear “roaring in her ears.” Then she would go back home and write the things the Lord gave her. These revelations were dictated to her by Moroni.

Pruning of the Vineyard of the Lord

Articles and Covenants of the Church of Christ

I vote yes. The Spirit is clear that this message is for our day.

I approve the scriptures and revelations presented. Yes in all.

5 positive votes from here in California

My votes from Conference 2020: Pending Scriptures, All listed – yes

I vote yes. Thank you.

I vote yes. This is an excellent opportunity to receive more writings from Moroni, and learn about applying the sacred teachings to living a holier life.