“Ye also, as lively stones, are built up a spiritual house, an holy priesthood, to offer up spiritual sacrifices, acceptable to God by Jesus Christ.” -1 Peter 2:5

I received a very long, but well thought out set of questions from a seeker. To summarize, they wanted to know what the priesthood is, how it works (is it “magic”), why women can or cannot receive it, and what its limits are. We’ve already spoken on women and the priesthood. And, we’ve touched upon the priesthood generally as well. Let’s dig a little deeper.

What the Priesthood Is

To the first question, the priesthood is a term used for three distinct things:

When we pray and that prayer is answered, that is the priesthood in action. Some things we do, as seekers, disciples, and priesthood holders, requires us to hold an Office of the Priesthood to run parts of the Fellowship. Seekers and disciples use the same priesthood, the power of God, without holding an office when we pray or use gifts of the Spirit. 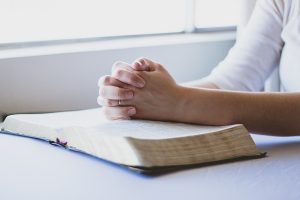 To answer the second question, we have to ask what “magic” is. In a sense, the priesthood could be called magic as there is no scientific explanation as to why it works. As a priesthood holder, I have been moved by the Holy Spirit to use the power of God to heal the sick, comfort those in need of comfort, reveal God’s will to others, cast out demons, and more. And, I have seen this done by others. I don’t say this to brag, merely to testify that these things are real. There is no scientific reasoning for these miracles, thus some might call it “magic.”

To be more specific, magic and religion generally go hand-in-hand. With the exception of the orders of prayer and temple rituals, most Latter Day Saint/Mormon ordinances mirror those of many other Christian religions. Many religions baptize, have communion/sacrament, and other ordinances. These are the first part of the priesthood – using the power of God.

There are two ways we may use God’s power. The first is theurgy. Theurgy is when we attempt to better ourselves through God. Disciples use theurgy when they fast, pray, and meditate. It is an attempt to create a oneness between us and deity. Jesus prayed to the Father that we would be one, even as he and the Father are one (John 17: 21). This is theurgy.

The second way we use God’s power is thaumaturgy. Thaumaturgy is also known as “wonder working” or “miracle working.” These would be the gifts of the Spirit, such as healing the sick. 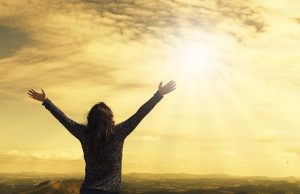 The last question is on limits. What are the limits of the priesthood? Our faith. We cannot walk further than were are able nor carry more than we can lift. Using the priesthood, the power of God, is like using a muscle. The more we exercise our faith, the more it grows and the greater it becomes.

All gifts of the spirit use the priesthood and may be used by men and women alike. All miracles may be considered thaumaturgy, and some require the priesthood keys. Yet miracles may also be performed by men or women that are not ordained to the ministry, based of their faith and the grace of God. God has no limits, thus neither does the priesthood.

“Ye are a chosen generation, a royal priesthood, an holy nation, a peculiar people; that ye should shew forth the praises of him who hath called you out of darkness into his marvelous light: which in time past were not a people, but are now the people of God: which had not obtained mercy, but now have obtained mercy.” -1 Peter 2:9-10

Wearing the Shield of Faith

The Tallit and the Gospel

Christ and the Spirit of Ubuntu