Faith crises and transitions can be scary. Making the decision to walk away from a faith community can be a traumatic and life altering experience. 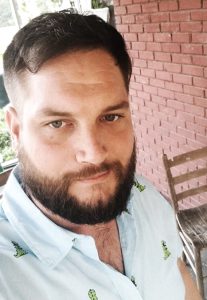 Leaving the Church of Jesus Christ of Latter-day Saints wasn’t an easy decision to make. It was a decision that took months to reach and still once made took every ounce of faith I possessed to follow through. Before leaving the Salt Lake City based Church I served faithfully in my calling as a Ward mission leader (a Ward is a full size congregation in their sect) and as a temple worker. It was in the temple that this process or journey out of the Salt Lake City Church began.

As a temple worker, I possessed the privilege of spending ample amount of time in the Memphis, TN Temple contemplating the temple ordinances as presented by that sect in prayerful meditation. During this time I began to have a growing impression that the Salt Lake City based Church was missing key details as they related to the greater mysteries of the Gospel. It was in the temple that I received personal revelation that the sect’s treatment of the LGBT community was not an accurate depiction of Christ like love. It was in the temple that the Spirit confirmed to me that the lesser cannot ordain the greater (see Hebrews 7:7).

When I reached this point I realized that I could no longer truthfully say that I recognized the President of that sect as the Prophet let alone the only prophet on the face of the Earth. With these revelations I began the process of leaving that sect to find where God was calling me and if there was a Prophet after Joseph Smith Jr. was killed.

After leaving the Salt Lake City based Church I continued my walk through the wilderness. I studied the various sects that existed and found that each sect held their own levels at which they discriminated against the children of God or disregarded teachings that were of real spiritual value for me personally. 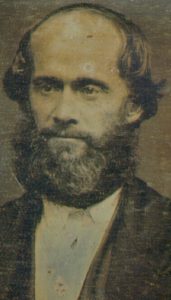 During this study I happened upon The Book of the Law of the Lord, as revealed through the Prophet James Strang. In reading this volume of scripture I found within its words the same sense of revelation as I had witnessed from reading the Book of Mormon or reading the revelations of Joseph Smith Jr. When researching Strang I discovered that his ordination to Prophethood was completed as in the days of old as by an angelic being. I discovered that Strang organized the church in a way which was to prepare the Saints for living in a Zionic society. I discovered that Strang was supported by those who were in many ways closer to Brother Joseph than Brigham Young had been.

Sadly, in a pattern that repeats itself throughout history, this Prophet had been martyred by a conspiracy between his enemies and agents of the state. After his death the adversary began to attack the remnant that remained. The loss of a Prophet or Second degree Apostle to lead caused human egos to encourage some to leave and others to tear the group into three competing sects. The state of the Church was in disarray. It was at this point that I found myself asking God what to do.

Within a year of steadily praying on this subject I came across The Church of Jesus Christ in Christian Fellowship and a man claiming to have been ordained by the archangel Raphael. I met these claims with much skepticism and began a conversation with this man named David in earnest. We spoke about our respective walks in faith. David began to share with me the experiences he had in meetings he had had with these heavenly hosts. Immediately upon meeting this man I began to ask of God if he was a messenger appointed by him to which I received an affirmative answer. So I reached out to David and offered to aid him in his work.

At this point, I began to ask who is David? 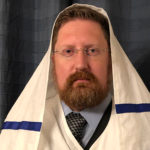 This man who worked through the complaints and harassment that individuals would throw at him for accepting all of God’s children without condition.

This man who humbly served others without expectation of remuneration.

The man who was ordained by angel yet still was satisfied to just write a blog for the rest of his days.

Who is this David?

I believe what the spirit has confirmed to me as to who he is. Brother David is a man of the same vain of creation as was Brother Joseph or Brother James. Brother David is God’s chosen successor of the two great Prophets of this the final dispensation. I know I am not the only individual who has had the spirit confirm this to them. The time for the gathering of the Saints is upon us and I give my witness that Brother David is the rightful successor to James Strang.

Not to Condemn the World

For the Benefit of the Church

The Trial of Our Faith Part 3: The First Question, You