“O all ye that are pure in heart, lift up your heads, and receive the pleasing Word of God, and feast upon his love; for ye may, if your minds are firm forever.” -Jacob 2:50 RAV, 3:2 OPV

Mormon Kabbalah isn’t really new. Joseph Smith’s magical world views were based on folk magic, Hermetics, and Kabbalah. As the religion progressed, forked, and grew, the new denominations that were birthed from the death of the original church forged new paths with new teachings and understandings. 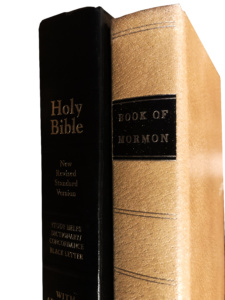 “Mormonism” is defined as nearly any church tied to the movement founded by Joseph Smith Jr. Yet the term “Mormon” is a nickname that some offshoots reject for a variety of reasons. The Latter Day Saint movement has over 100 denominations. There are about 70 or more denominations within it that identify as “Mormon.” The largest and best-known Mormon denomination is The Church of Jesus Christ of Latter-day Saints. It and many of its branches embrace the term. The Church of Jesus Christ and Community of Christ, among others, are also a part of the Latter Day Saint movement, but reject the title or nickname of “Mormon.”

The term “Mormon Kabbalah” is used for a few reasons. For one, it’s easier to say than “Latter Day Saint” Kabbalah,” even though that would be more accurate. Also, Joseph Smith Jr. identified himself as a Mormon, thus it only makes sense to honor him by using the name of the holy book he brought into the world, through the power of God. And, the majority of Latter Day Saint denominations do still accept the term an identifier of their faith. Lastly, the Book of Mormon is a key scripture we use to teach Mormon Kabbalah, so again it makes sense to use this term. 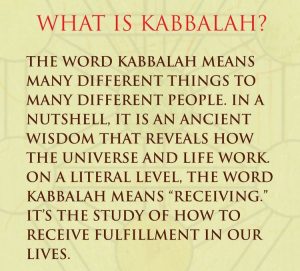 Knowing what “Mormon” is and why we use it, let’s turn our attention to the second term: “Kabbalah.” What is Kabbalah? It is from the Rabbinical Hebrew “qabbālāh,” meaning “tradition,” and from “qibbēl” which is to “receive” or “accept” (Google dictionary).  Kabbalah is traditionally viewed or defined as a Jewish mysticism that teaches the hidden secrets of the Torah. However, it’s more than a “magical world view,” and more than a way of life, yet still a little of both, intertwined.

Beyond this, all other differences only become relevant as we dig deeper into our studies from Teshuva (beginner) to High Priest/High Priestesses and so on. For now, the most important thing to know about Kabbalah is its fundamental doctrine: Love God, and Love your neighbor as yourself. This is the key that binds Mormonism and Kabbalah.

“And behold it is written also, that thou shalt love thy neighbor and hate thine enemy; but behold I say unto you, love your enemies, bless them that curse you, do good to them that hate you, and pray for them who despitefully use you and persecute you that ye may be the children of your Father who is in heaven; for he maketh his sun to rise on the evil and on the good. Therefore those things which were of old time, which were under the law, in me are all fulfilled. Old things are done away, and all things have become new. Therefore I would that ye should be perfect even as I, or your Father who is in heaven is perfect.” -3 Nephi 5:89-92 RAV, 12:43-48 OPV

Wearing the Robes of the Priesthood