The 10 Sefirot (Hebrew for “emanations”) are the 10 attributes of God in Kabbalah, through which Ein Sof (the Everlasting name of God) reveals Himself/Themselves to humankind. There are a few different ways of using the Sefirot. Some Kabbalists study and grow from attribute to attribute, while others see them as an urim and thummim. As an urim and thummim, the right and left sides create a series of “lenses” for the natural eyes, while the center creates a series of “lenses” for the third or spiritual eye. Through this urim and thummim, God helps us see both the physical realm and the chain of higher metaphysical realms. 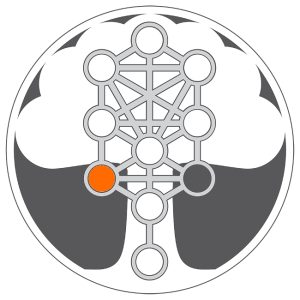 In Mormon Kabbalah, we do both; using the Sefirot for growth and as seer stones. We grow from Sefirot to Sefirot in Christ’s grace, and seeing the world through spiritual eyes by the power of the Holy Ghost. Here we will give a quick over view of each Sefirot and how one may grow their perspective with each as we grow closer to God.

Hod is connected to prayer and and submission. Rather than conqueror, Hod teaches us to subdue our passions. And, at times our prayers aren’t answered the way we want. We must submit to God’s will. What may seem like defeat in the mundane world can lead to greater success in the spiritual world.

Being a “foot,” attributes become actions to move us forward rather than backward in defeat. Hod is a “tactical” Sefirot. Hod can at times teach us what to do when “the wicked prosper,” understanding that God will ultimately win in the end. We saw this when Moroni, the last Nephite, buried the gold plates, watching over them to give them to us in the Last Days. Hod is the group, the team; the work needed to follow through on ideas and make them happen.

Shem HaMephorash: The 72 Names of God