“I have prepared a great endowment and blessing to be poured out upon them, inasmuch as they are faithful and continue in humility before me.” -Doctrines of the Saints 66:8

The term “endow” or “endowment” can be found a number of times in Doctrines of the Saints. These are from revelations given through Joseph Smith Jr., Israel Smith, W. Wallace Smith, Wallace B. Smith, myself, and others. The term refers to a number of things, all in regards to spiritual power from God to his servants. Like all gifts of the Spirit, they are given line upon line, and taught precept upon precept (Isaiah 28:9-11; 2 Nephi 12:36 RAV, 28:30a OPV, DaC 95:3a-b CoC, DaC 98:12 LdS ). But, what does this mean?

The first endowment is one of Personal Pentecost. Everyone that is born again is given Gifts of the Spirit. The Seventh Article of Faith calls them “the gift of faith.” These include, but are not limited to:

This endowment may be given at the moment one is born again, or in stages. As one grows in grace more gifts may be added. While this endowment does not require an ordnance, it is tied to giving the gift of the Holy Ghost by the laying on of hands, and partaking the sacrament. Receiving the gift of the Holy Ghost helps us grow spiritually, and taking the Sacrament of Communion allows us to renew our baptismal covenants and grow in Christ’s grace.

Ordination to the Ministry: Endowment of the Priesthood

Another endowment of spiritual power is gained by entering the ministry. By becoming a minister, a representative of our Lord and Savior Jesus Christ, we covenant to preform priesthood duties. In return, the Lord endows us with spiritual power (Doctrines of the Saints 2b:18-21). This endowment is given to help us bring others to Christ, and grow closer to Him. As we do this, we cannot help but grow closer to the Savior ourselves.

This endowment is one of keys. Priesthood keys are given to unlock power and blessings. With these keys those endowed are given the authority to preform duties as called of God. This is a sacred right that men and women cannot aspire to, or call themselves. Like Aaron and Miriam, they are called by God through those in authority.

Initiatories: Endowment of the Priesthood 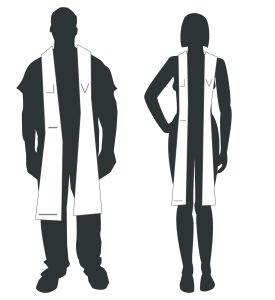 Once one is ordained to the ministry, they become a member of the Brotherhood of Christ  (male) or the Sisterhood of Christ (female). At this time, they gain their Initiatories, also known as the Kirtland Endowment as these were first preformed in the School of the Prophets and in the Kirtland temple. These Initiatories are patterned after similar washing and anointings found in the Bible (Leviticus 8; Mark 6:13; Luke 4:18, 7:38, 44; John 13:1-16; 1 Timothy 5:10; James 5:14).

This initiation process is not necessary for salvation or for membership into the Fellowship (Avahr 18:15, 18). They are performed as a sacrament to the Lord. This is a step one takes on their journey of service in Christ’s kingdom here on the earth. The process includes the washing of the feet with water and oil, anointing, and a blessing. At this time one will receive their new name, and they will receive the Garments of the Holy Priesthood at the altar. This garment is to be worn when working in service to the Lord, and a new name is presented with the garment as the individual is made a new person in their ministry in the name of Jesus Christ.

Once one has been initiated into the Priesthood, they should receive a portion of their Endowment. This Endowment is given in relation to the office or the brotherhood or sisterhood to which one has been ordained. It is also known as the Nauvoo Endowment, as it has its origins in the red brick storehouse that was Joseph Smith Jr.’s office.

In the Fellowship, we call the two priesthoods the Levitical (Aaronic and Miriamic) and the High Priesthoods. This is because it is no longer merely for Levites, and for simplicity. The first Endowment is given after being ordained a Deacon, the second after being ordained a Priest or Priestess. The third and fourth endowments are given after one has been ordained an Elder and a High Priest or High Priestess respectively. While sacred, these endowments are not secret. Those receiving their endowments may invite as many to be in attendance, in or out of the Fellowship, as they wish, and there is room for.

First Endowment of the Levitical Priesthood

The First Endowment is given to Deacons and carries one through their deaconship and as a Teacher. They are clothed with the sash and apron and given the token of the Law of Sacrifice, which deacons and teachers use to identify one another. They are also given the sign of the Law of Sacrifice, which is a mudra that may be used in meditation, as well as sustaining, voting, and at other times as instructed. The mantra for this meditation is their new name.

Second Endowment of the Levitical Priesthood

The Second Endowment is given to Priests and Priestesses. They are given the Robes of the Priesthood, instructed how to wear them, and given and the token of the Law of the Gospel, which Priests and Priestesses use to identify one another. They are also given the sign of the Law of the Gospel, which is a mudra that may be used in meditation and at other times as instructed. The mantra for this meditation is their first legally given name.

First Endowment of the High Priesthood

The Third Endowment is given to Elders. They are shown how to wear the Robes of the Priesthood and given the token of the Sign of the Nail, which Elders use to identify one another. They are also given the Sign of the Son, which is a mudra that may be used in meditation and at other times as instructed. The mantra for this meditation is “the Son,” as in Jesus Christ; the Son of God, or Son of Man.

Second Endowment of the High Priesthood

The Fourth Endowment is given to High Priests and High Priestesses. They are given the token of the Sure Sign of the Nail, which High Priests and High Priestesses use to identify one another. They are also given the sign of the Law of Consecration, which is a mudra that may be used in meditation and at other times as instructed. The mantra for this meditation is: “Health in the navel, marrow in the bones, strength in the loins and in the sinews, power in the Priesthood be upon me, and upon my posterity through all generations of time, and throughout all eternity.”

Joseph Smith Jr. stated these would not be the only endowments. However, he stated the Nauvoo temple would need to be completed before we would receive them.

“The keys are certain signs and words by which false spirits and personages may be detected from true, which cannot be revealed to the Elders till the Temple is completed.”-Joseph Smith Jr.’s Journal; May 1, 1842

This was stated just a few days before the Nauvoo endowments were given to various Brethren in the Red Brick Storehouse. Later, Joseph’s brother Hyrum echoed Joseph’s statement:

It is important that the Nauvoo House should be finished that we may have a suitable house wherein to entertain the great ones of the earth and teach them the truth. We want the Temple built that we may offer our oblations and where we can ask forgiveness of our sins every week, and forgive one another, and offer up our offering and get our endowment. -Hyrum Smith from Joseph Smith’s Journal; August 19:1842

We know that the apostles that took charge of the temple after Joseph and Hyrum’s deaths made changes to the Priesthood Endowments. These changes were not the revelations the Saints had been waiting for, based on the only revelations we have on the subject:

“Have they not taught other abominable doctrines and formed secret combinations whereby many have transgressed the laws of the land and disobeyed my commandments, even those which were given unto my servant Joseph as a law unto my church?” -Doctrines of the Saints 87:36

And this was echoed in a revelation given from the Lord to the Fellowship:

“And this is not all: yea, my servant Brigham brought secret works into my Church; for behold, mine is a gospel of truth, yea even a gospel of light, yea even to stand on a hill to light the whole of the Earth; but behold, my servant Brigham feared men, and for this cause did he hide my truth behind temple walls, and add unto them his own secret doctrines.” -Doctrines of the Saints 13a:49-51

For this reason, the Fellowship awaits further instructions and further endowments from the Lord.

“And ye are to be taught from on high. Sanctify yourselves and ye shall be endowed with power, that ye may give even as I have spoken.” -Doctrines of the Saints 2b:20-21

Recommended Reading: Temple Vision as a Catalyst to Theological Convergence

Nishmat Chayyim and the Fohatic Keys