“Prove all things; hold fast that which is good. Abstain from all appearance of evil. And the very God of peace sanctify you.” – 1 Thessalonians 5:21-23

As a youth, one Sunday during our Aaronic Priesthood class (I was raised in the Latter-day Saint tradition), we were asked by our Young Men’s leader what we would think if he walked out of a bar. I stated that I would think he had a good reason to be there, as he was a man of God and wouldn’t be there to drink.

He thanked me, than asked what if he came stumbling out. Then I said, that he must have been in a car accident and needed help. Then he asked, what if my breath smelled of alcohol. I stated that I still would not judge him as Matthew 7 tells us not to.

He then looked frustrated and stated that the lesson was on avoiding the appearance of evil. He struggled with the lesson as we, the young men, refused to judge anyone in the stories and examples in the lesson manual after my initial comments.

If we are not to judge, but know we will be judged, the question becomes: how do we avoid the appearance of evil? 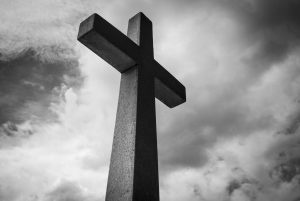 To avoid the appearance of evil, there can be far too much speculation fueled by culture. On the one hand, there are those convinced they can do no wrong because they’ve been saved. All sins are excused. On the other hand, there are those that reject Christ’s Grace, believing their works will save them. While these are the extremes, there are many that fall to either side. Where then lies truth? The truth lies in the middle: we do good works because we are saved by grace. Christ’s shines from us as we are judged by the Holy Spirit.

From the Inside Out

Avoiding the appearance of evil should come from the inside – who we are. Trying to “trick” others by our dress, or accepting or rejecting popular or unpopular opinions rather than aligning ourselves to the will of our Deity leads away from truth and light. It is like a child playing pretend, and it leads away from appearing good and towards being evil too easily. Rather than trying to appear good, we should merely follow the Holy Spirit and be good. This doesn’t mean be perfect, but good. We do our best to love God and love our neighbors.

Follow the Lord, learn and do His will, don’t worry about how you appear to anyone but Him. Do this and your light will shine and you will appear righteous to those that also know the Lord. This is the best we can do. Righteousness can appears as wickedness to those that do not know the Lord. We still love all, regardless. We support one another in fellowship, and lovingly pray for each other. Pray that we will seek and see the Lord’s guidance for us and His Fellowship. Forgive those that trespass us and we do not judge them, least we be judged ourselves.

“There is nothing from without a man, that entering into him can defile him: but the things which come out of him, those are they that defile the man.” -Mark 7:15

Parables of Matthew Thirteen: The Dragnet & The Scribe