“In my distress I called upon the Lord, and cried unto my God: he heard my voice out of his temple, and my cry came before him, even into His ears.” -Psalms 18:6

We are called to be stewards over all creation. One aspect that we do not necessarily think about is our energy, because we don’t see it as physical. It is such a part of us we seem to take it for granted. It is our vital force, the נשימת החיים, the nishmat chayyim-Hebrew for “Breath of Life,” called our Prana, the universal energy that infuses and vitalizes all matter, in Yoga.

Being Stewards Over Our Energy 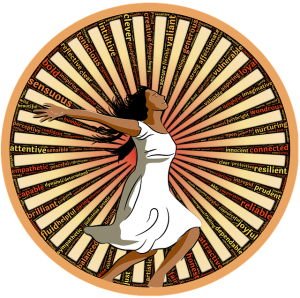 Money is a physical substance. The real currency in the World is energy: our emotional, mental, and identity energy. Just as people have learned that they must be mindful about giving money away, we need to be even more aware about how we give away our psychic energy. We must be aware of where we place our attention.

There are forces in this world that are looking for anyway, any opportunity possible to steal our energy. These forces have devised all kinds of schemes to take energy away from us. Some of these beings that hide in these unseen realms need our energy in order to survive or to gain power. Some are people, feeding off our emotions consciously or subconsciously.

These beings and people need to steal our energy because they have lowered their consciousness, their frequency, to the point that they are no longer able to receive energy in a positive way from the world, others or from the spiritual realms. We call these people and beings “energy vampires” and they are very real indeed.

Keys to Action over Influence

If we realized how much influence the prince of this world and his minions have had in our lives and our families we might decide to do something about it. 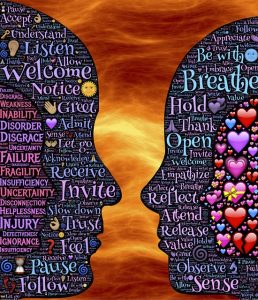 It was for this reason Jesus gave the revelation and understanding to His disciples following his resurrection, both in the Old and New Worlds. These revelations, then known as the “Keys of the Kingdom,” but have been known and used in times past as was with Enoch, Solomon, and others. These keys are available to us today.

In the Church of Christ and the many Latter Day Saint branches that have sprung from the original church started by Joseph Smith, this term was simplified to Priesthood Keys, or simply the priesthood. This is the Power of God. Today, outside of the Latter Day Saint movement, another name for the power of God is “Fohat” or the “Fohatic keys.” Fohat is a term H. P. Blavatsky, a Russian occultist, philosopher, and author who co-founded the Theosophical Society back in 1875, claims comes from the Tibetan language. Some further claim it is Mongolian, from a verbal root “fo.” This occult term is useful as it gives us a word to describe the energy of nishmat chayyim.

We are spiritual beings first. We were with God in our premortal state before coming onto this incarnation. There is a level beyond the material. The entire material realm is created and sustained beginning from within to without, from above to below. From the Spiritual into the four planes of the physical universe, beginning with the highest finest, most subtle realm of the identity. Then, flowing on into mental plane and on into the emotional or astral, and finally into the physical. All things are brought forth in a consistent flow of creation, coming forth from the Womb of the Divine Mother in the Realms of God, into the outer expression of the physical universe.

“And again I say unto you, that the enemy in the secret chambers seeketh your lives.” -Doctrines of the Saints 24:39

There are many activities aimed to ensnare us by the prince of this world to steal our energy. Have you ever thought about this? One of the most traumatic is torture, or some traumatic experience, or anything that feels traumatic to the one experiencing it. Think back to a time you awoke from a nightmare. How did you feel? Drained? Lacking energy? Confused? This is a good example of energy theft.

“Because the attack on us is spiritual, and we do not see it with our physical eyes, we are too often like sheep to the slaughter, seemingly unaware of the extent of what is taking place. Except we be given eyes to see. How many times do spiritual mortar shells land and explode in the middle of our homes or in the Church without us perceiving the real origin of the problem?” -Douglas Hatten, The Power to Tread on Serpents, Opposition from the Invisible Realm

The primary purpose of the enemy is to gain entry, and once in to steal energy in all four levels of our being. These forces are powerless without our energy. Yes, our energy feeds them, gives them power, just as earthly monsters, such as Stalin or Hitler. They used fear, hate and negative emotions to gain power. Virtually every dictator on this planet has used torture or the threat of torture and death to cause fear and pain to feed the demons they sold his soul for. The ironic reality is that Hitler, Stalin, and Mao and others had very little power because they had surrendered themselves to the prince of this world, Satan, to gain power on Earth. 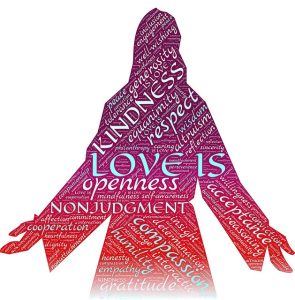 We now find ourselves in the middle of a spiritual battle and because of our ignorance, we find the demonic forces working among us and within us undetected. But, we are not alone. We are not defenseless. The Living Christ entreats us to come unto him, to raise our consciousness. He will protect us and give us eternal life. Love and fear are at enmity with each other. They can not exist in the same place at the same time. Christ calls us to come out of Babylon. Surrender the Dualistic mindset, and calls for us to Choose Life! So whom shall ye serve?

“Wherefore, I beseech of you, brethren, that ye should search diligently in the light of Christ, that ye may know good from evil; and if ye will lay hold upon every good thing and condemn it not, ye certainly will be a child of Christ.” -Moroni 7:18 RAV, 7:19 OPV

Thoughts from the Teacher

Ordinances of the Saints 2020

Mitzvah and the Sacraments