When I was very young, my mother was always at home; and on special occasions, my brother and I could stay up and greet our father when he came home from the paper mill.  My brother and I would wait for our father to come through the door, reeking of the awful smell of the paper mill, and then run away, laughing and giggling. Our father got a laugh out of this as he put down his briefcase and unlatched his enormous keychain from his belt and set it on the counter right next to our very 20’s style oven. 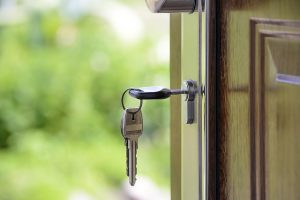 I was always fascinated by those keys, and keys in general.  There were so many of them—shining, rusty, and chipped. Gold colored, silver, and rusty.  On my father’s days off, he would leave those keys where he had set them the night before and I would always sneak a peek and sometimes take them into my room and admire them―imagining some scenario where I was an adventure on explores and the keys would open secret rooms.

I expected the day when I would have many keys that I could put on a keychain. I already had a few cheap, plastic key chains I had picked up at some overpriced, Made in China souvenir shop on one of my family’s many excursions to museums and other cities. I always loved keys and the locks they went with.

When I started playing Nintendo and the Legend of Zelda, I was awed by the idea of a Skeleton Key—a key that could open any door.  Link, the main hero in the Legend of Zelda, had to search for one key to open one door, until he came to the Castle (Level Eight) where he could get the Skeleton Key. Horror movies were full of Skeleton Keys that opened dark and haunted places, which always gave me nightmares. When I got a little older, I read the Indian In The Cupboard series, about a magic key that brought plastic figurines to life—especially an Indian (hence the title).

I would search through our house and find keys that weren’t being used, take them, and put them on a key chain that I would carry around in my pocket all day.  The keys were way too many and would weigh down my shorts, but the discomfort didn’t really bother me, because I had keys—lots of keys.  Keys… keys were everywhere. My parents would ask me what I was doing and my siblings would, of course, ridicule me. Keys. Keys. Keys.

I remember when my parents needed two car keys for the car.  One was used for the ignition and the trunk and the other was used for just the ignition (or something like that… I can’t quite remember the exact details).  What I did remember were the plastic covers on the top part of the car keys as compared to the lack of decoration of house keys.

In literature even (another big part of my life), keys played an interesting role.  The poets and novelists who spent time as POWs or in federal/state prisons talked of the jingling of the keys as the guards would approach closer to their cells.

And, times are changing, and the metal keys are fading, being replaced by keypads and remote keys, which saddens me a little. I miss the cling cling of the keys, like the sound of a customer entering a mom and pop store, or they are reminiscent of the wind chimes which were rusty yet aesthetically pleasing─a constant in every house in the country.

The Keys of the Priesthood were something I didn’t understand well when I joined the church.  It was all too surreal and metaphorical for me. But, keys have filled the years with memories and comfort, just like the keys from my childhood, but there is that responsibility that I need to willfully embrace. I can’t look at the Keys as something imaginative like I did as a child.

I have lost my apartment keys once and misplaced my car keys another time, but I learned from those experience about keeping the keys close. And, now, I just want to find the key to understanding and thought.

Fasting with Purpose and Power

Revelations on Building a Nondenominational Temple

Ayin Hara and the Red Bracelet

Great Article, Bzhishk. Keys are a great symbol and metaphor for expressing the spiritual.